The Summer of the Birds!

This has been a very strange Summer!  It seems we have been infiltrated with birds!  Several weeks ago, I started hearing little bird noises coming from the fireplace.  Now, they are great big bird noises!  Every time Mom and Dad come into the chimney to feed their little ones, they scream pretty loudly!  Looked them up on the Internet, and they said that when they're at their loudest, they are about 1 week from flying away - hope that's true!  And, no, this isn't a picture of MY birds, just an example of how they live in the chimney. 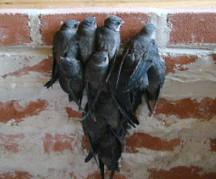 Then, about a couple of weeks ago, I realized that a little bird (now I think it's a wren of some kind) kept flying in and out of my garage.  We keep the garage door up so we can get some light in the kitchen.  So,  one day, I saw her fly out of a pot I store on a shelf above my washing machine.  Low and behold, baby birdies appeared!  Now, we can't put the door down during the day - poor babies might not get their food! 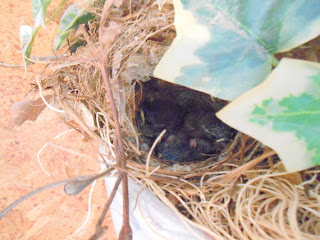 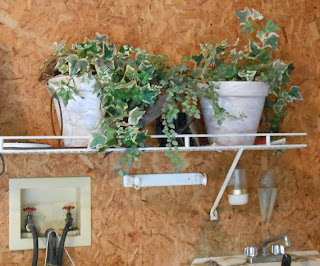 And, to top it off, my neighbors asked me to keep an eye on their Tropical Birds that they keep in their back sunroom.  They had to go out of town for three weeks!  At least, these guys are in cages - but that pretty yellow one has a mighty loud screech!  The neighbors come back tomorrow, so then I'll just have to put up with my "houseguests"! 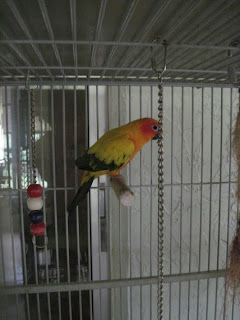 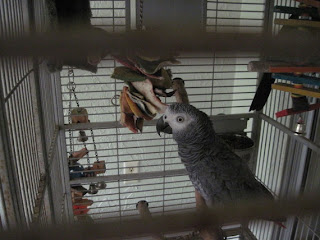 They are probably chimney swifts.
Had them every year in the Lake Alfred
house . After they leave have yourr chimney bloced off ( some kind of mesh screen ) or they will be back every year .