Today in the mail, I received my "Mixed Media Inspiration Deck" by Kiala Givehand.  These cards are to be used to prompt you if you are stuck - which I always am!  So, I drew four cards from the deck - and here's what they said! 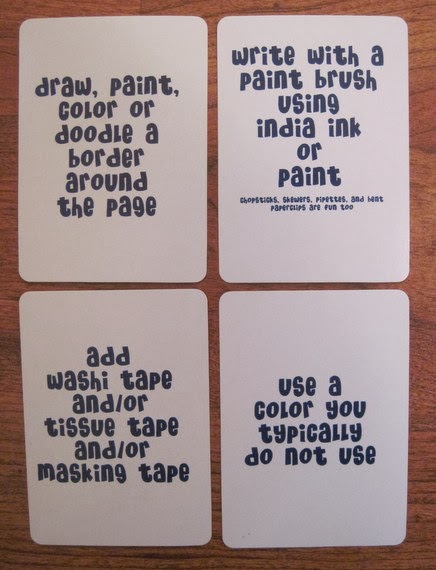 I had just gotten some new stencils from Stencil Girl - and I was wanting to use them, so here they are!  The worst part for me was writing with paint and a paintbrush.  I have such difficulty, that I don't like to do it.  But, in the spirit of the cards, I did - but I had to go over the letters later with a black pen.  Still don't like it, but, Oh Well - it is what it is!  I certainly will do it again - there are 52 prompts, so what could go wrong?  Ha! 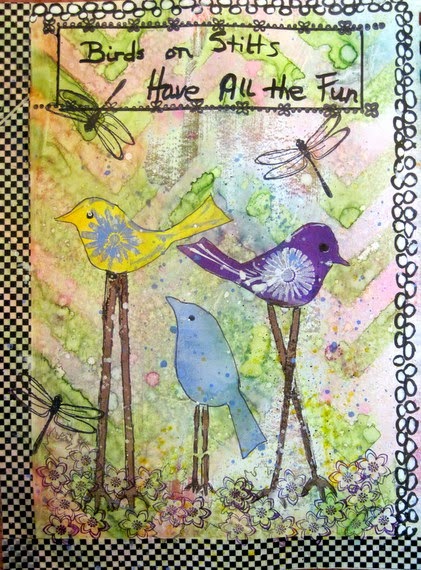 That looks like fun, I should get some of those cards! PS Your lettering is just plain fun, don't mess with it!